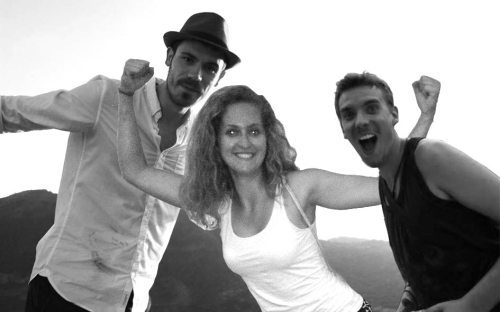 Highlight and Challenge at the same time. But we gonna rock it!

As in the description written, extremely nice etc.

the foundation of health and the possibility of a future.

Far far away in Romania, there was a lake called Lacul Surduc, where 2012 over 100 hitchhikers found their way to. Three of these awesome people decided to join the race this year (again - besides the last couple of years, some of us) together: Soeren, Walter and Simone from Germany/Switzerland. And here we are! In a new constellation, probably the best possible (extremely nice, clever, good looking and experienced in traveling by thumb)! ;)

So we are going to win this thing! Or not... but our goal definitely is reach the destination, fun, AT LEAST one stage victory and, well... win it maybe! Whatever happens, IT'S GONNA BE AWESOOOOME!

No messages sent yet...