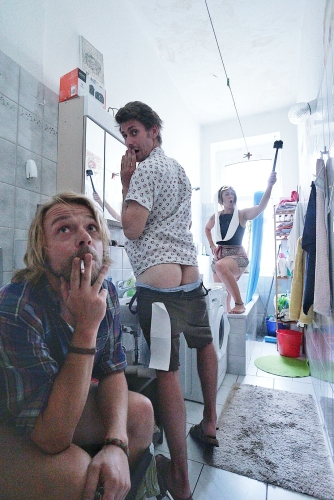 How far would you go to win a stage?

We would sell one close relative

What shouldn't be missing in your hitchhiking-backpack?

Haven't seen her for a long time. Maybe she is still in Colombia where I sold her for ride on a donkey. ( only for transportation )

How do you imagine your final arrival to Baltieji Lakajai?

It would be nice to be stage diving on a crowd of Lithuanians with soft hands gently massaging our backs while we're arriving, but to be realistic I expect that we will be first, sitting there in a quite bored mood and telling everybody who arrives next that they should stop celebrating because it's nothing special.

Two rich kids from western society helping a East-German veteran to get through Poland where he found his roots as a farming helper. They only do it because they are bored and want to say " hello hello" to the "other side" like in this famous U2 song .If it gets too exhausting they probably will use a taxi and invent stories how glorious they arrived as first. Don't trust them they will trick you. 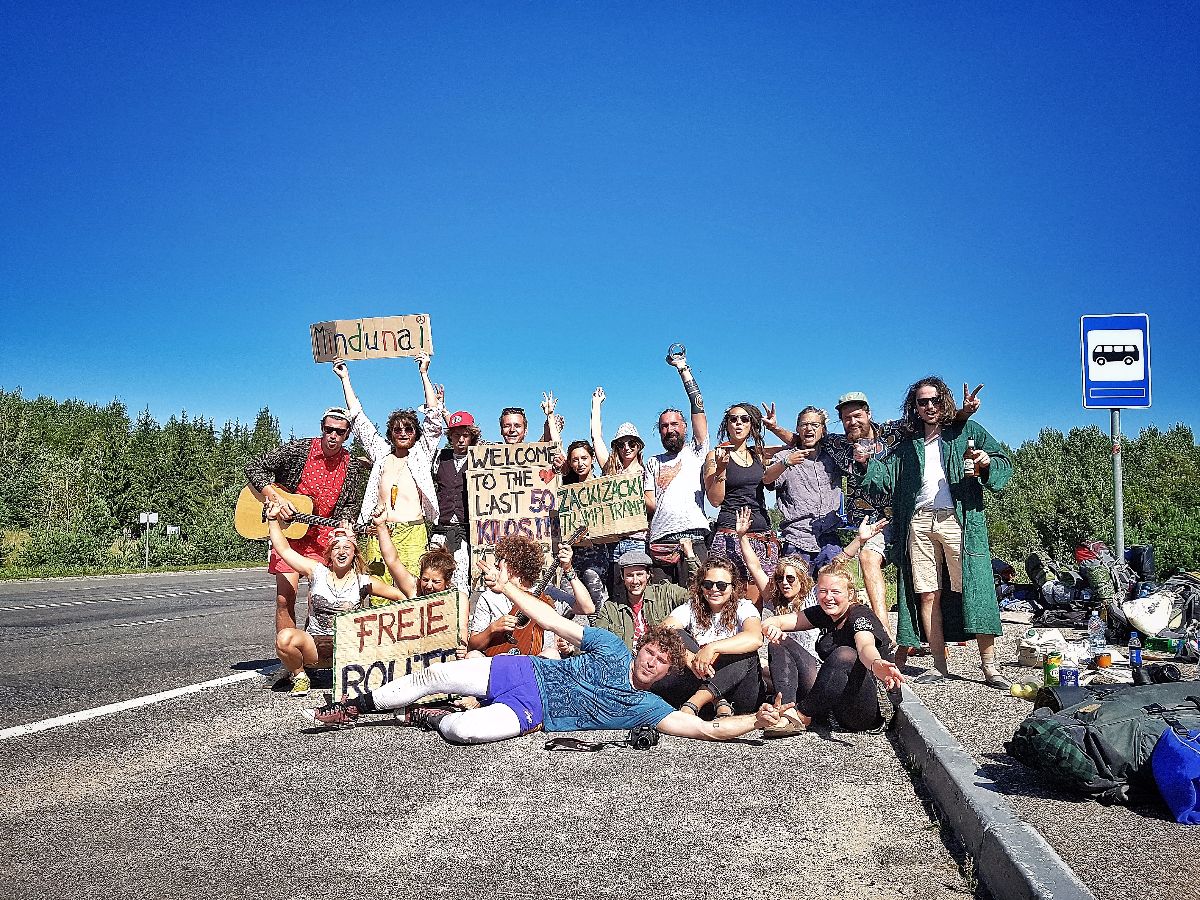 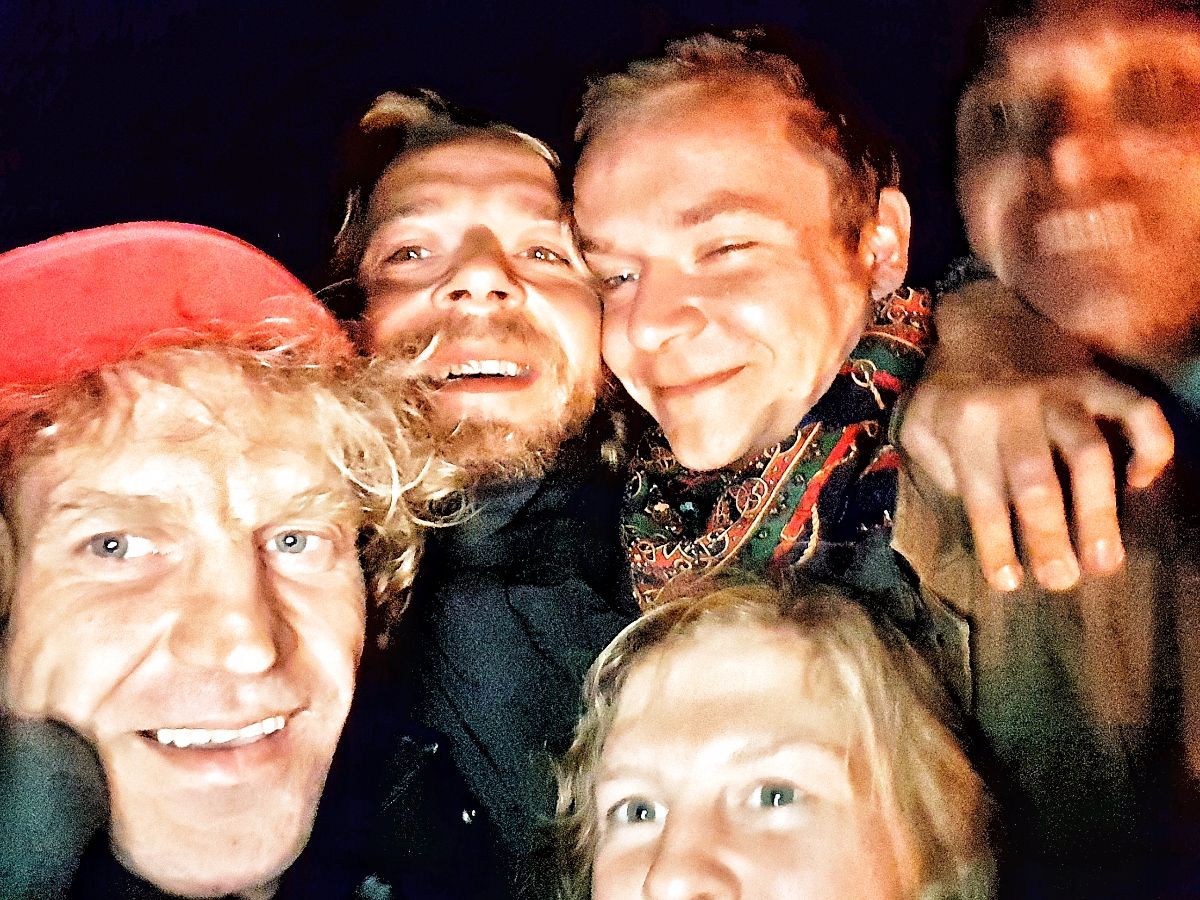 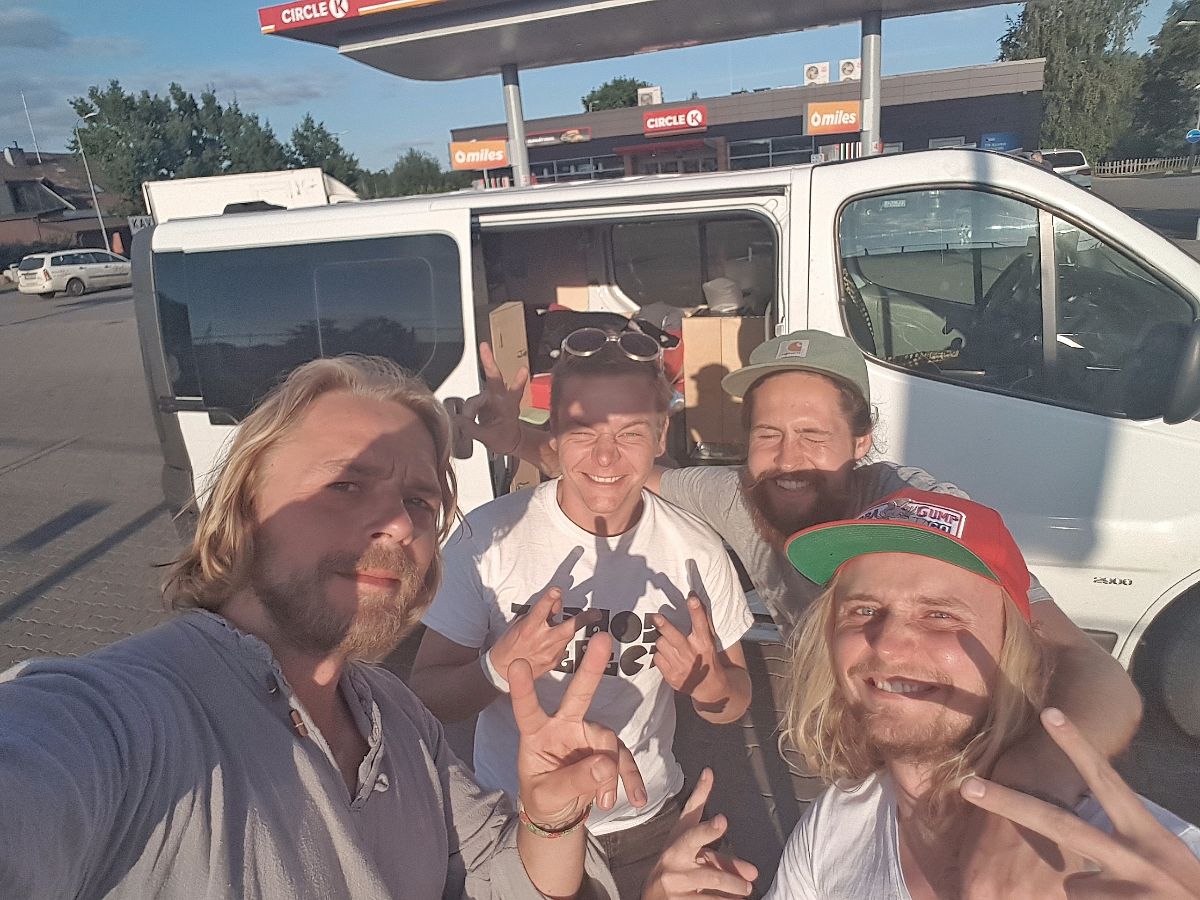 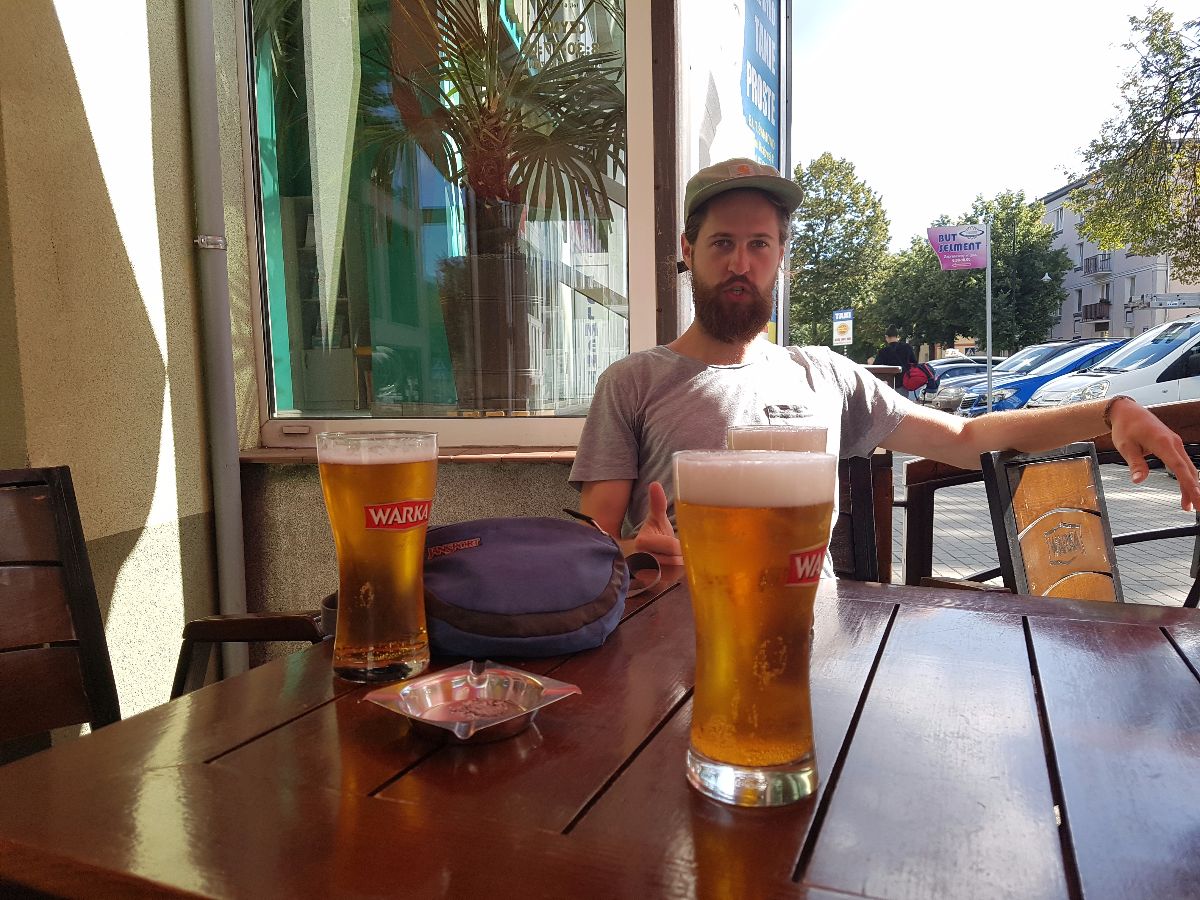 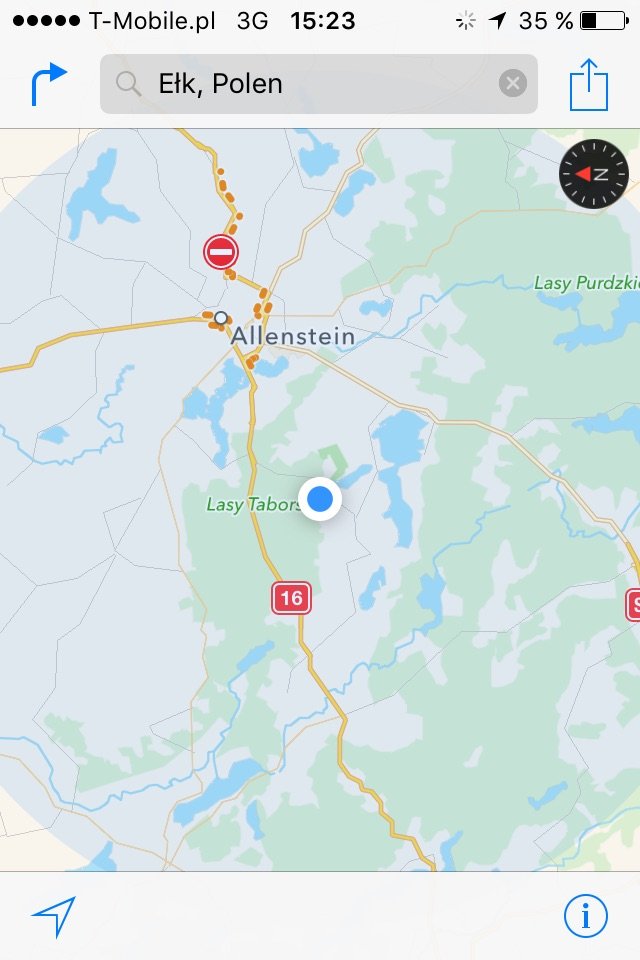 
You can be a Sponsor after the donation process has been started!