Two years ago, we we’re sitting at a gasstation on the way to Krakow waiting for a lift, when a guy passing us stopped and said: “Ha! Twenty years ago i did the same thing you guys are doing now. Hitchhiking! Great! Once in a while, on weekends, we had ourselves a little competition: Hitch as far as you can, steal the menu card from a local restaurant, be back within a predefined timeframe at a predefined location. The group that hitchhiked the longest distance won the competition. Simple and stupid. But most importantly: fun!“ 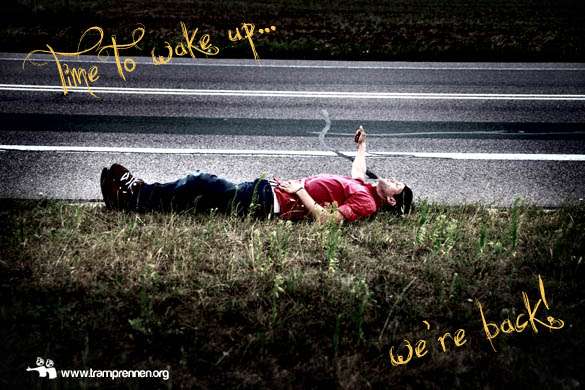